When it comes to experiencing mountain life, Uttarakhand is a top destination in India. Every year, travellers experience the glory of everything that Uttarakhand is, with a delightful mix of adventure-based activities, pilgrimage sites, charming hill stations, enchanting wildlife, and rich culture.

Home to India’s two most prominent sacred rivers, the Ganga and the Yamuna, Uttarakhand is visited time and again by pilgrims. The rich history of places such as Gangotri, Kedarnath, Haridwar, and Kasar Devi draw many fascinated travellers towards Uttarakhand tours to explore the state’s rich history through its age-old temples and religious sites.

For adventure enthusiasts, top activities of Uttarakhand tourism include bungee jumping and river rafting in Rishikesh, rappelling in Mukteshwar, snow skiing in Auli, and tandem paragliding in Mussoorie. There are many memorable treks in Uttarakhand, such as the Valley of Flowers trek, Kedarkantha, and Chopta, among others.

Uttarakhand is also known for its quaint hill stations, where one can enjoy a relaxing holiday. Some of the favourites among tourists include Nainital, Mussoorie, Chakrata, Auli, Binsar, Almora, and Ramgarh. These hill stations offer spectacular views of the Himalayan mountains, along with a variety of local dishes, nature trails, waterfalls, lakes, and other sightseeing places to explore and admire.

While mountains and forests rule its landscape, Uttarakhand is diverse in terms of topography. You will find towering peaks as well as plains, two of India’s richest rivers, meadows, forests, glaciers, streams, and some of the most pristine Himalayan lakes.

Uttarakhand is also rich in wildlife. There are a total of six national parks and seven wildlife sanctuaries that add a unique layer to Uttarakhand tourism. Snow leopards, leopards, tigers, sloth bears, black bears, and elephants are some of the wild animals that tourists can find on a wildlife safari in Uttarakhand.

Uttarakhand has pleasant weather throughout the year due to the Himalayan mountains.

During the spring season, Uttarakhand offers a colourful sight to tourists, with the most unique and beautiful flowers in bloom. The Valley of Flowers is one such place, and the best time to visit it is between July and mid-August.

Winters in Uttarakhand are marked by snowfall and cold temperatures in the Himalayan mountain regions. While in the summers - a peak season to visit Uttarakhand - the weather is pleasant in the hill stations. The monsoons arrive in July and last till September, with heavy rains that turn the valleys of Uttarakhand brilliantly green.

Teeming with a vibrant and jovial Pahari culture, Uttarakhand is a land of welcoming people, vibrant festivals, and fascinating traditions. Known as India’s Devbhumi, which translates to the Land of Gods, Uttarakhand has many pilgrimage sites, with its heritage reflected in umpteen marvellous Hindu temples of Lord Vishnu, Lord Shiva, and Nanda Devi.

The most revered destination in Uttarakhand is Char Dham, which includes Badrinath, Kedarnath, Gangotri, and Yamunotri, the four pious destinations that hold rich spiritual value. Lohaghat is another place that has historical and mythological features. The tourist places in this region are Shyamal Tal, Forti Village, Galchaura, Banasur Fort, Abbot Mount and Gurudwara Sahib.

Folk dance and music are ingrained in the culture of Uttarakhand. Every district of Uttarakhand, from the splendid Kumaon region to the archaic Garhwali land, is teeming with its own set of dialects, dishes, folk songs, dances, and festivals.

In January, when winter is still blooming in Uttarakhand, the locals celebrate the religious festival of Makar Sankranti. They take dips in the holy river, host the Uttarayani fair, and follow age-old rituals. Then, in spring comes Basant Panchmi, a vibrant festival of the Goddess Saraswati. In September arrives the Nanda Devi Mela with a bounty of colours, dance, and music. Remarkable celebrations happen at Almora, Nainital, Bageshwar, Bhowali, and Kot, among other towns and pilgrimage sites of Uttarakhand. Finally, the Kumbh Mela, known to be the largest gathering of humans in the world, takes place at Haridwar every 12 years and is a crucial part of Uttarakhand tourism.

How to reach Uttarakhand

By road: The tourist destinations and cities of Uttarakhand, such as Nainital, Rishikesh, Dehradun, and more are well-connected to a majority of northern Indian cities.

By air: Uttarakhand has two domestic airports – Jolly Grant Airport near the state capital, Dehradun and Pantnagar Airport near the City of Lakes, Nainital. Regular flights run between Uttarakhand and the metro cities of Delhi, Mumbai, Bangalore, Chennai and Hyderabad.

By rail: Due to a hilly landscape, Uttarakhand has railway stations only at the foothills. Some important junctions are Rishikesh, Nainital, Kotdwar, Kathgodam, Haridwar, Dehradun, Pauri and Udham Singh Nagar.

For any interstate commute, the UTC state buses are pocket-friendly and reliable.

The climate of Uttarakhand offers two great seasons to explore the state’s foothills and hill stations. March - April and September - October are generally the most preferred periods to visit Uttarakhand.

For travellers seeking snow, January and February are great months to experience snowfall. Whereas, adventure activities such as trekking and paragliding, or the ultimate spiritual pilgrimage journey - the Char Dham Yatra- are all best done during the summer months.

Most of Uttarakhand (except for the plains and the foothills) receives snowfall during the winter months of January and February. The top hill stations of Uttarakhand where it snows include Munsiyari, Kasar Devi, Mukteshwar, Mussoorie, Auli, Chopta, Ranikhet, Dhanaulti, and Kausani among others.

Uttarakhand tourism offers some of the finest treks of the country in the Himalayan mountains. Some of the most famous treks are the Valley of Flowers trek and the Kedarnath trek. Uttarakhand is also known for adventure sports such as paragliding, white water rafting, snowboarding, and skiing. Other activities to look forward to are kayaking at Bhimtal (near Nainital), rappelling in Mukteshwar, and bungee jumping in Rishikesh.

SOTC offers diverse Uttarakhand tours, covering the finest of experiences that the state has to offer.

How to reach Uttarakhand from Mumbai?

The distance between Mumbai and Uttarakhand is 1,615 km. The easiest and fastest way to get to your Uttarakhand tour is by flight to Dehradun. The second option is by train - the Dehradun Express - that connects both cities seamlessly. If you’re planning a holiday to places such as Nainital or Jim Corbett National Park, you can fly down to Delhi and take a direct bus.

Does it snow in Uttarakhand?

Yes, it snows in most mountainous regions of Uttarakhand. The best time to plan an Uttarakhand tour to watch the snowfall is January-February. The best places to find snowfall are Mussoorie, Auli, Chakrata, and Dhanaulti.

What are the famous dishes of Uttarakhand?

Uttarakhand has two unique cuisines to offer. The cuisine of the Kumaon region is known for aloo ke gutke, bhaang ki chutney, raita, and bal mithai. In the Garhwal district of Uttarakhand, try kafuli, Garhwal ka fanna, phaanu, and chainsoo.

How many national parks are there in Uttarakhand?

There are six national parks, seven wildlife sanctuaries, four conservation areas, and one biosphere reserve in Uttarakhand. These natural spaces introduce you to some of the rarest plant and animal species, along with fascinating wildlife wealth.

How easy is it to get cash from ATMs & other payment facilities?

Uttarakhand is home to both developed cities and remote villages. ATM facilities are available abundantly in cities and towns of the state. Whereas in remote villages, especially in the high mountains, the density of ATMs decreases. It is advisable to withdraw cash when planning to visit remote villages.

What souvenirs can I take back from Uttarakhand?

Uttarakhand is known for handicrafts such as carpets, pashmina shawls, and Ringaal. Alongside, you can also explore fruit products such as pickles, jams, natural scrubs, and more due to the abundance of orchards in Uttarakhand.

Fill in the form below & get the best deals. 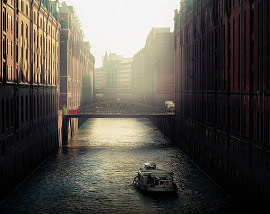 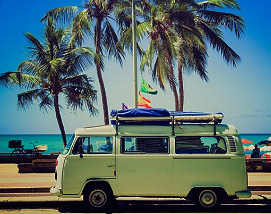 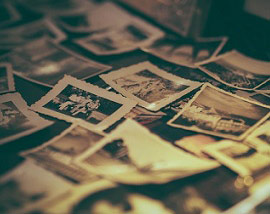 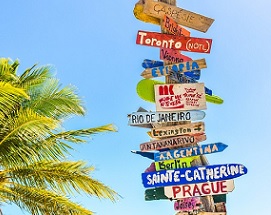 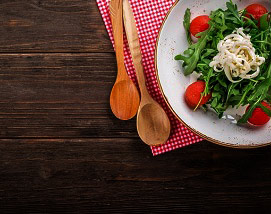 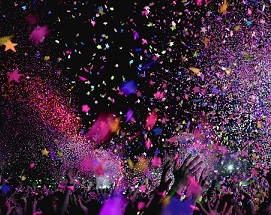